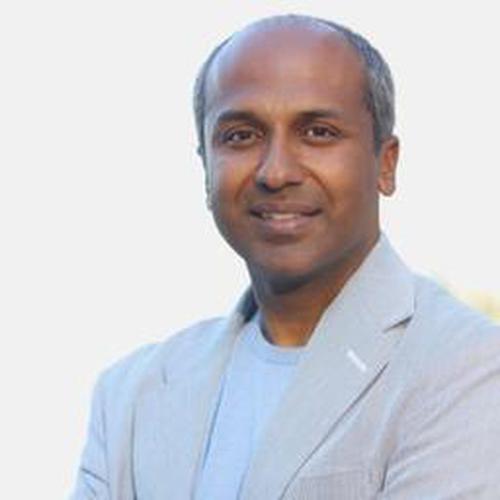 Talks covered by this speaker

Have you got yours yet?

Our All-Access Passes are a must if you want to get the most out of this event.

In addition, he is a leading consultant, speaker and trainer for nonprofits, corporations, startups and executives. In the last year, he's worked with clients in the US, UK, UAE, Switzerland, Hong Kong, Sri Lanka, India and Canada.

He has been Chief Digital Officer of major institutions in multiple industries: City of New York (working at City Hall); Columbia University (working on the future of education); and the Metropolitan Museum of Art (leading a 70-person team that helped keep the 150-year-old institution relevant in the smartphone age). Before joining the Met, he spent 20 years as a full-time professor at Columbia Journalism School.

He was named one of Fast Company's 100 Most Creative People in Business in 2015; the world's most influential Chief Digital Officer by CDO Club in 2016; and one of Poynter's 35 most influential people in social media in 2010. He is a contributor to CNBC's "Squawk Alley," appearing monthly to talk tech.

Every Sunday at 8:30 am ET for four years now, he's hosted the #NYTReadalong, reading the print NYT out loud on FB Live. He often has guests from various fields, including occasional NYT reporters and editors. You can find the archives at http://fb.com/sreenet

He taught a course on entrepreneurship at Columbia for four years with Ken Lerer, the co-founder of Huffington Post, chairman of Buzzfeed and co-founder of venture firm LererHippeau.

Your logo could go here!

If you'd like to get your brand in front of Attendees following the categories this speaker is talking about (on this page, via email and during each talk) contact us.
We use cookies This website (and some of its third-party tools) use cookies. These are important as they allow us to deliver an exceptional experience whilst browsing the site.